Having the right people, doing the right things, at the right time. That’s the core approach to developing interactive projects. Each department should be represented and team players need to be aware of their part in the big picture. Leaving a key player out, even during the first kick-off meeting, can have consequences in the later stages of the project. This chart is an example of what makes up an Interactive Team. Refer to Six Stage Interactive Process to see how each department coincides with the phases of an interactive project. 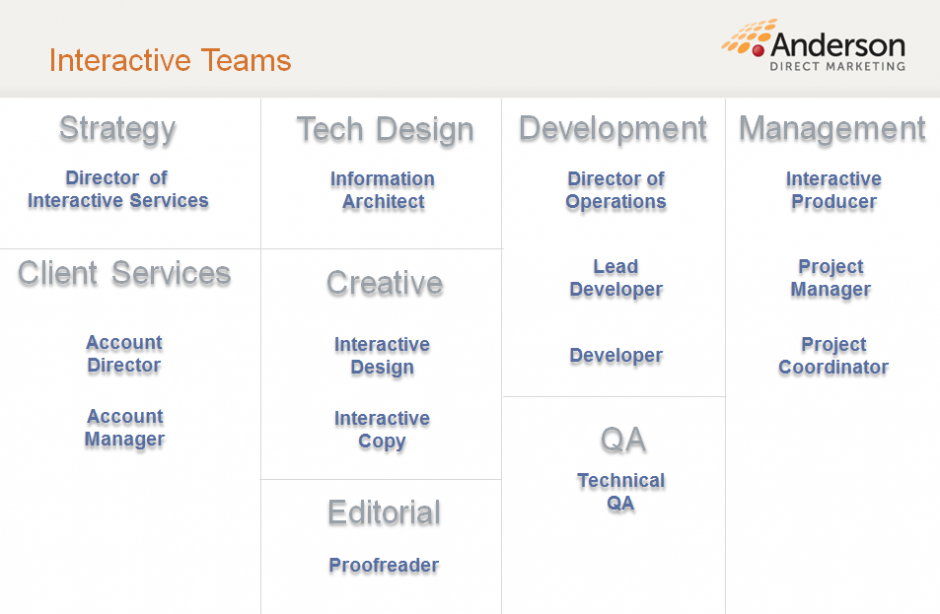