From coaching to feeding the homeless to fundraising, Anderson employees volunteer their time outside of work in a variety of ways—and we’re so proud!

Ellen Brown: Ellen serves with 2 nonprofit organizations—The San Diego Humane Society and SPCA as well as Americans United for the Separation of Church and State. “One is amazingly cerebral and one is amazingly emotional—they both fill different needs,” she says. She has worked with the Humane Society for about 10 years, volunteering for their annual telethon, Fur Ball, and Walk for Animals events. She sits on the national board of trustees for Americans United, based in Washington DC.

Steve Sallis: Steve is “involved in 3 lifelong commitments”—to support those in the LGBT drug and alcohol recovery community, to advocate for transgender rights both locally and nationally, and to participate with agencies that provide services to people affected by and infected with HIV. He works with AIDS Walk, Being Alive, The Owen Clinic at UCSD, and one-on-one with people who are HIV positive, and is especially passionate about removing the stigma attached to HIV.

Danielle Contreras: For 3 hours a month, Danielle helps teach elementary school students about art and history through a program called “Meet the Masters.” The program seeks to bolster arts education at an early age, encouraging children to know and understand art, as well as discover their own creativity.

David Vega, Huan Bui, and David Bachoua: All of these gentlemen serve their communities by being coaches for kids’ sports teams. David Vega coaches Little League every year (and Anderson donates flyers to their team annually as well!). Huan Bui began over 4 years ago by coaching soccer, and now coaches his son’s football team, the Mira Mesa Chargers. He says his favorite part of coaching is seeing the kids’ knowledge of the game grow as the season progresses. David Bachoua has been coaching his sons’ teams for a little over a year—he is the head coach of his younger son’s peewee team (3-4 year olds) and the assistant coach for his older son’s (5-6 year olds). He began coaching because none of the other parents would volunteer and now says, “it’s been a lot of fun watching the kids grow and get better!” 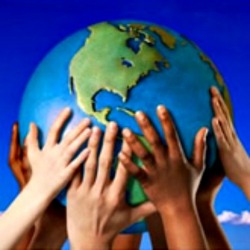 Scott Hopkins: Scott and his family are involved in a variety of faith-based volunteer programs. Once a month for the last 12 years, he and his wife have led a group that prepares and serves dinner for their local Free Meal Program. For the last 8 years, Scott has also volunteered as a sleepover monitor for the same shelter, which also provides overnight accommodations for those in need during the winter months. Internationally, Scott and his wife are also heavily involved in medical teams and fundraising for orphanages and outreach teams in Haiti.

Taliyah Ferris: As a member of a competitive sailing team, Taliyah often uses her skills to participate in sailing events that benefit charities—most recently she participated in the Sharp Hospice Regatta, which benefits wounded veterans. She also tutors on the weekends at a preschool and kindergarten, as well as helps with special events there.

Matthew Downey: Matthew is involved in a variety of areas! He helps coach youth sports teams and leads faith education classes for kids 1 Sunday a month in Fallbrook. Every summer, he volunteers as a camp coordinator for a faith-based youth baseball camp for hundreds of boys aged 8-14 and their families. Several professional athletes like Phillip Rivers and Trevor Hoffman have provided coaching services at the camp as well! Furthermore, Matthew is a member of the Knights of Columbus, which helps raise money and generate awareness for several charitable causes—handicapped youth, pro-life advocacy, and funding for families left behind by military members who have died in the line of duty. His wife and he also support the Longo Baya Mission Project in Kenya, which teaches and helps maintain self-sufficiency methods for clean water, agriculture, education, medicine, natural family planning, and similar needs.

How you do contribute in your community?