Here’s something you may not have thought about: Spanish is different in different Spanish-speaking countries. Don’t assume that because Hispanics speak Spanish, they all speak the same Spanish. Everyday words can have such different meanings within each Hispanic cultural sub-segment that, in the extreme, one group may respond positively while another may do so negatively to the same word.

The majority of the language is the same of course, but it is critical to be sure that the words you use have the intended meaning for your particular Spanish-speaking group. 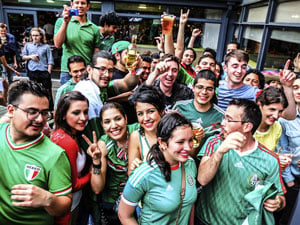 According to the 2010 U.S. Census, Hispanics account for about 16.9% of the total U.S. population. The largest sub-segment is of Mexican origin (63%), followed by Puerto Rican (9.2%), and Cuban (3.5%). While the Mexican sub-segment is the overwhelming Hispanic majority, a “one-size fits all” approach may not always be appropriate. Thus, marketing can be a bit more complicated than putting together a tidy, singular, Hispanic plan. Identify your target’s background and origin carefully.

It’s simply startling how different the Spanish can be for a Puerto Rican in New York compared to a Mexican in California (even one born in California). Beyond the differences in the language, acculturation also comes into play. Someone who has lived in the U.S. for the past 20 years will likely use a lot of Spanglish, and even English, in everyday conversations that those who are learning the language may not be familiar with.

So, what can one do when marketing dollars are limited? Well, go generic, as much as is creatively possible, WITHOUT losing the cultural markers that let your target know that you truly understand them. Inevitably, you’ll want to use idioms, colloquialisms and terminology to spark emotions and interest. And, while you don’t want to alienate any individual cultural group, a powerful idea that requires certain verbiage that speaks to one specific culture may be more effective and lucrative than watered-down generic copy that speaks to no one in particular.

When marketing on a regional scale, you may be required to skew the language toward a specific sub-segment of the Hispanic population. So be sure to identify your target accurately.

If you have the resources necessary to help pinpoint your target’s demographics, you should use them to develop a message for your creative that is both appropriate and meaningful.

Breaking Bad: Why Marketers Can (and Should) Bust the Rules of Grammar 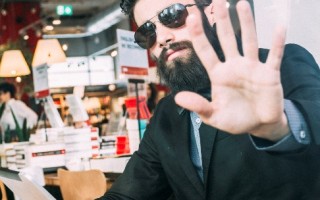 Brother, Can You Spare a Nanosecond? Digital Content Consumption Changes How Marketers Write