Importance of Brand Consistency in Your Marketing Campaign

When is the last time you tried to convey a concept to a person who had a different primary language than you? Or even a different cultural background? I personally ran into this when I moved from the Midwest to the West Coast and found differences in my dialect and terminology. I was even diagnosed as having a case of a “hard Midwesterner accent.” My enunciation of certain vowels was easily identifiable by locals and harassed as being “different,” and I was asked over and over again to repeat that word for their amusement. I was also informed that I was calling certain things by their wrong labels: it is “soda” not “pop,” “lunch” not “dinner,” and “you all” not “y’all.” I have attempted to overcome this debilitating disease and finally call soda by its correct name, but this so-called accent is going to stay.

In the world of marketing, this language and cultural barrier can be difficult to fully grasp, and at times very frustrating to incorporate in large campaigns. Being able to convey a concept across a multichannel or even international campaign is a daunting task. Concepts and messages both big and small can easily be misconstrued or even lost-in-translation altogether. My experience with different pronunciations is a great example of how “toe-mae-toe” can actually be “toe-mah-toe” to someone else. And as many have experienced across language differences, apples will not always be literally translated to apples.

There are numerous examples of when messages were lost in translation. Take for instance American Motors in 1970 when they launched their midsize car in Puerto Rico called “the Matador.” “The Matador” was chosen to represent strength and courage, but when literally translated from English to Spanish it meant “killer.” One can clearly see how this would not resonate well with Spanish-speaking drivers, and therefore the campaign failed miserably.

Anderson prides themselves on attention to detail and highly-experienced and diverse staff. Just like Anderson, it is pertinent that a successful marketing company employs those that are well-versed in the language the campaign is being translated into and utilize those that understand the marketing language and concepts being portrayed. But simply understanding the product or service is not enough. Those responsible for translating concepts over different channels and borders need to grasp the context and relevancy of the message and convey this message correctly (and at times, in a completely different manner than initially expected.) Take for instance, imagery. A picture consisting of one primary race or age group may not relay the intended message to all demographics. Understanding the audience being marketed to is crucial and imagery must be taken into consideration and at times versioned out for different populations. 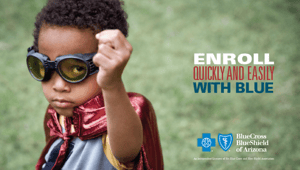 To ensure marketing accuracy across campaigns both multichannel and international, Anderson utilizes not only its highly experienced staff, but also continues to research and stay current on the populations they market to. It is relevant for all marketing concepts to carry over from conception to completion. The overall campaign (language, imagery, cultural differences) must translate appropriately to the population being targeted. A great example comes from an on-going international campaign and understanding how the population being mailed to perceives their direct mail. It has been found that certain populations being mailed to internationally prefer to receive mail that has their local indicia (stamp) and a local return address on the package. Mail that has any foreign indicators printed on it can aggravate them and cause them to simply disregard that certain piece.

After almost four years in San Diego, I feel that I understand and assimilate the culture here more and more every day. I may not fully agree that pop is soda, but have grown accustomed to calling it soda. Just as I have accepted these San Diegan facts of life, so must a marketing company accept that their staff and resources must understand and meet the needs of each individual campaign. At Anderson, we continually pride ourselves with quality – both in our work and our employees. With this combination we ensure that brand consistency is reached and the needs of our clients are exceeded.

Top 5 Things You Can Do to Optimize Your Email Marketing