When Ted Tietge, Anderson’s CEO, bought Anderson Mailing Service in November of 1985, the company had just seven employees and the business had yet to establish a strong culture. “It was chaos,” remembered Ted. “When we started, the equipment was dirty, people were coming in late, and the pieces weren’t getting out on time. People just threw the bad samples on the floor and no one cared. It wasn’t a good company to work for until we changed the standards.” Together, Ted and Gary Batchelder (who have both been at Anderson for close to 28 years!) completely reformed the way Anderson was run and created a culture of hard work and integrity. 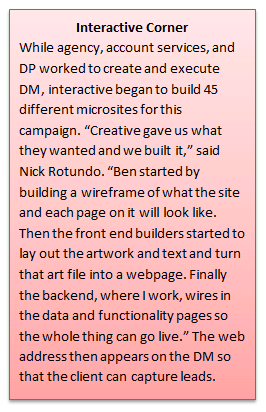 For 28 years, Anderson has been hard at work creating and producing the best direct mail(DM) in the business. We are an ever-evolving organization, committed to staying fresh and providing our clients with the best services possible. As a one-stop shop, our people do it all— strategy, creative, data, interactive, production—you name it! But what is the bigger picture? How exactly does a DM piece go from start to finish?